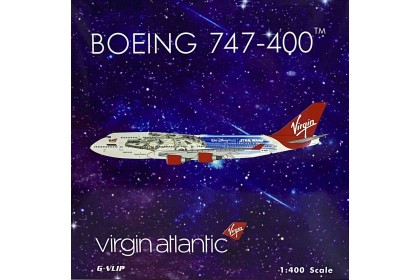 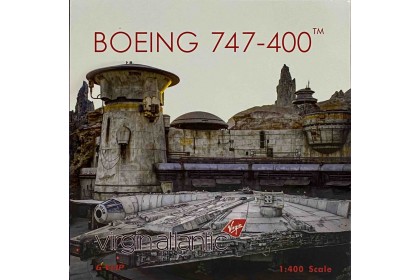 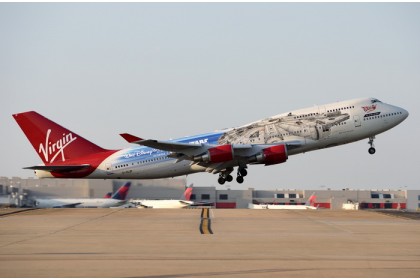 Star Wars fans may dream of flying in the Millennium Falcon, but Virgin Atlantic's Boeing 747 might just be the next best thing.

That's because the airline has given one of its Boeing 747 aircraft a major Star Wars themed makeover. Fittingly named 'The Falcon', the plane has been covered with a brand new galactic livery showcasing Han Solo's iconic ship, in tribute to the fastest hunk of junk in the galaxy.

It was a pretty ambitious venture; the film used to wrap the new design around the aircraft could cover four tennis courts!