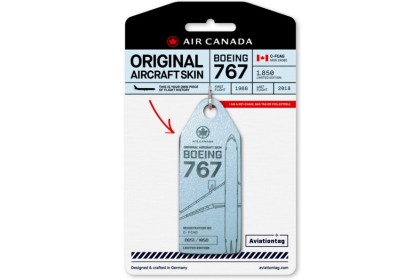 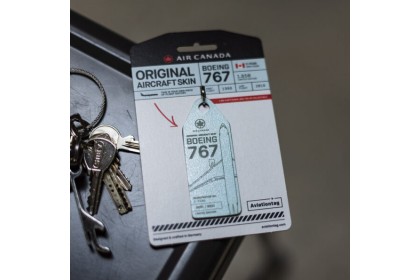 When Canadian Airlines International became part of Air Canada in 2001, so did the C-FCAG, receiving the now legendary maple leaf on its fin for the first time. In 2018, the B767-300 was parked in the Mojave Desert and ultimately recycled in 2019. Aviationtag was able to get their hands on a piece of this beautiful Air Canada plane in its shimmering, blue/mint-coloured livery design and present it here as a limited-edition Aviationtag.