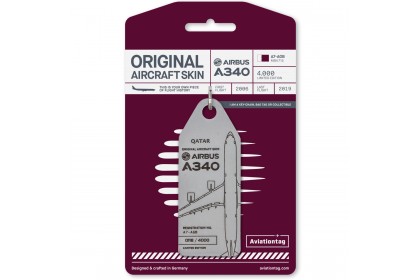 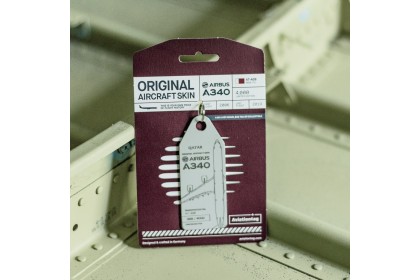 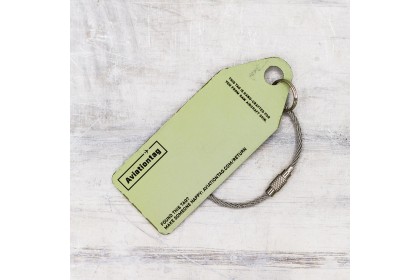 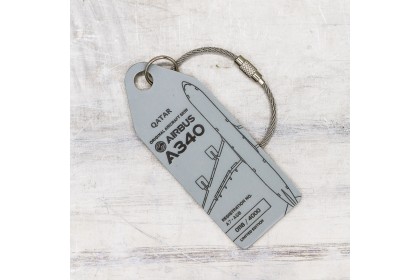 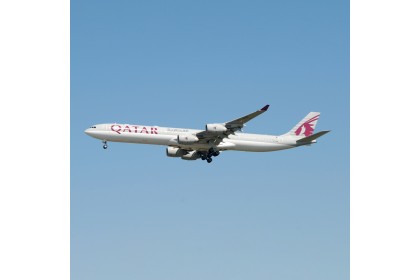 Voted the world’s best airline in the Skytrax Ranking 2019, Qatar Airways is now also part of the Aviationtag fleet with its former Airbus A340-600 registered as A7-AGB. The A340 was built by Airbus in 2006 with the MSN 715 and test registration F-WWCR before being delivered to Doha. Qatar Airways christened the plane “Ras Dukhan”.

Just 13 years after entering into operation, Qatar Airways’ A7-AGB was retired in May 2019 and transferred from Doha to Enschede in the Netherlands, where it was recycled and parts of the outer skin were upcycled into our Aviationtags.

The number of airworthy four-engine wide-body aircraft still out there worldwide is now decreasing slowly but surely, but once again, thanks to the A7-AGB Aviationtag edition, a piece of quad wide-body aviation history has been preserved.